Leadership: Is it a technique or an art? 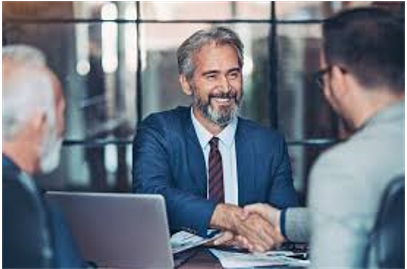 Leadership: Is it a technique or an art?

Go instead where there is no path and leave a trail.” ~ Ralph Waldo Emerson

This is always a thorny question, isn’t it? Is leadership a technique? Or is it an art? Couldn’t it be both?

There’s really no simple answer. Leadership can come in many forms: a sportsperson’s natural ability to inspire their team to greater heights, for example. Or, in a corporate environment, relying on the education gained from a business degree to sift through complex situations requiring difficult decision-making and making the tough choices. Or, if creating an organization from scratch, venturing boldly into the unknown, trusting one’s instincts to help them and their team to achieve the seemingly impossible.

There have been many attempts, over years and decades past, to slot the definition of leadership into different “styles”: authoritarian, participative, delegative, transactional, transformational. Each has its pluses – and each has its drawbacks as well. So which is better?

In terms of pure human psychology, the “participative” form of leadership sounds ideal, doesn’t it? Everyone has a say, discussions can be held before a decision is reached, everyone understands that the boss will have the final say – or cast the final vote, if you will – but feel reassured by the fact that their input was sought and that they contributed to whatever was finally decided.

But it could, also, be detrimental in terms of time. Discussions could go on longer than required, impacting deadlines; if reaching a consensus was the ultimate aim, the decision taken might not necessarily be the best one; plus, even though everyone would be sharing their thoughts, they would know that the crucial deciding factor would still be the head of the unit, or the CEO, or the MD, depending on the context.

What then, you ask? “Authoritarian” sounds like a dictatorship; “delegative” brings its own set of problems; “transactional” might be palatable to some but anathema for others; and “transformational” puts too much stock in the ability of the “leader” to lead a team, or teams, that may be lacking in terms of the requisite experience and skills.

Couldn’t it be possible, then, for all these attributes – barring authoritarian, of course – to be combined in a leader? Would that help achieve goals and targets and meet deadlines more efficiently and smoothly – and with a happier workforce?

In an ideal world, yes. But we don’t live in a perfect world, do we?

But, yet, we have had examples, throughout human history of brilliant leadership. And, more recently, in the corporate (and now, increasingly, tech) world, we have seen some incredible leaders who have inspired, exhorted, urged and coaxed their teams/enterprises/businesses/companies to rise higher than they thought possible and achieve great things.

What made these great things possible? To go back to the question asked at the beginning: Was it technique? Or was it the art of recognizing the individual abilities and strengths of the workforce on hand and capitalizing on those to achieve maximum benefit? And what role did the leader’s experience play in making it possible?

Everything in equal measures, one would suppose. A good leader would have delegated tasks to the appropriate team-members (technique) by understanding what each individual brought to the table (art) and led the way by not imposing demands and, instead, showing the way forward (experience).

Is that how it would have worked? Probably not. In fact, given the high-stakes, high-pressure structure of the corporate model that drives success these days, things wouldn’t have proceeded so smoothly, with pitfalls and obstacles in abundance; uncertainty about how a product or business would be received and, as often happens when the chips are down: the questioning, by the team, of the direction the leader had chosen to take.

What do you think? 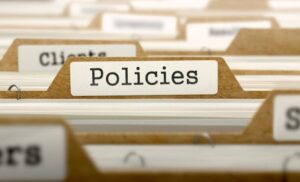 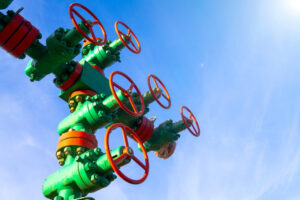 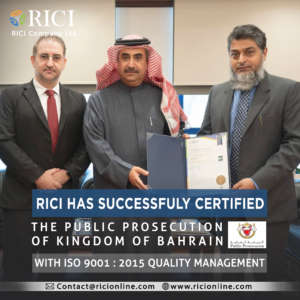 RICI has successfully certified the Public Prosecution of Kingdom of Bahrain with ISO 9001: 2015

Get your suggestion now!