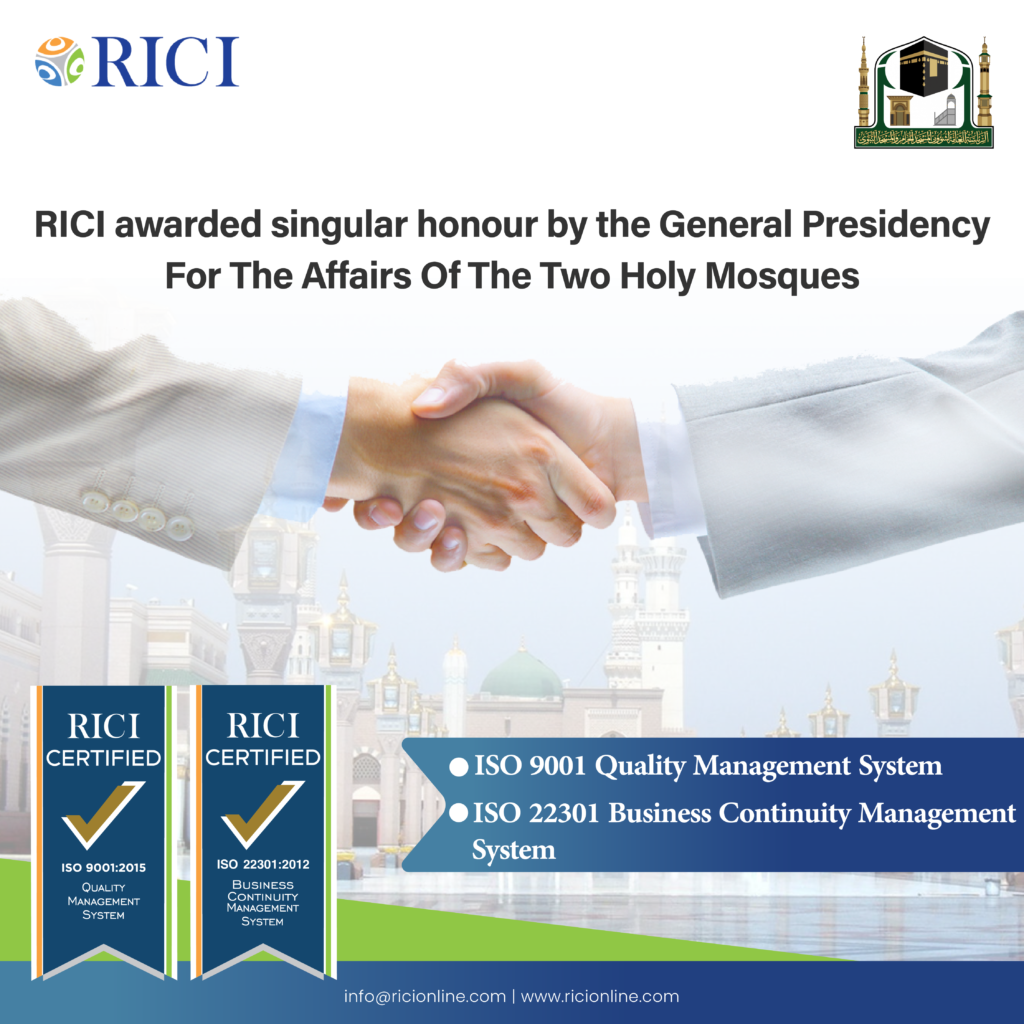 This singular honour has been awarded to RICI after a rigorous evaluation process that lasted almost a year after the tender was first floated by the General Presidency. RICI was chosen out of the 12 companies that submitted their bids.

The General Presidency for the Affairs of the Two Holy Mosques – Al Haramain – is the Saudi government agency mandated to look after the development and administration of two of the holiest sites in the Islamic world: the Masjid Al-Haram and the Masjid An-Nabawi.

As a CQI and IRCA (UK) Approved Trainer and a Certification Body associated with IAS (US), RICI is considered to be among the world’s best quality service providers for Third Party Inspection, Testing, Calibration and Management Systems Auditing, Certifications and Training to Government, Semi-Government entities as well as the private sector, along with individuals who seek the best Quality Control and Quality Assurance compliance according to international standards in different fields.

It is a matter of great prestige for RICI to have been chosen for this very important undertaking and the company looks forward to working closely with the General Presidency on the project. Managing the Two Holy Mosques is a complex administrative and managerial enterprise and certifications, such as the Quality Management System ISO 9001 and Business Continuity Management System ISO 22301, enable processes to be run more smoothly and efficiently. 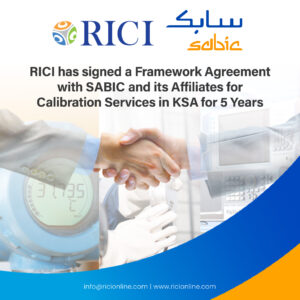 RICI has signed a Master Agreement with (SABIC) 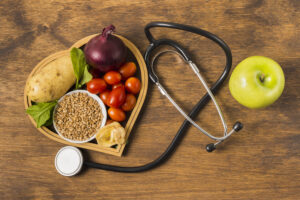 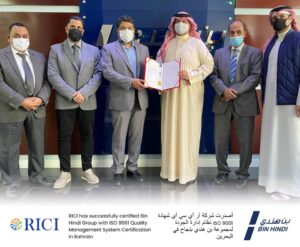 Get Your Proposal Now!